Is Chatbots Talking to Each Other Coming? 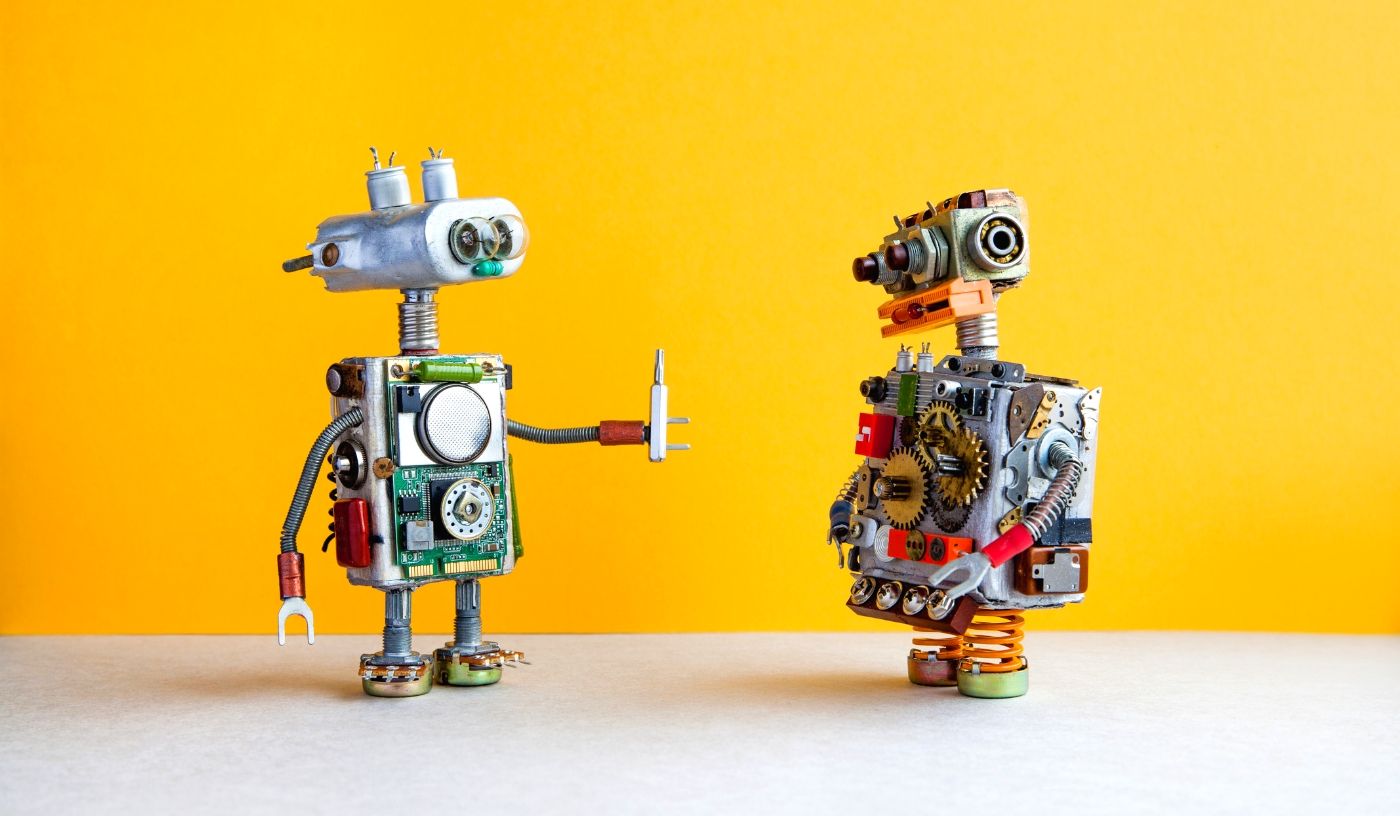 I recently came across an article on cnet where two chatbots were set up to speak to each other.

You can see the video below:

The two chatbots are both powered by Cleverbot; we talk about the developer Rollo Carpenter in a few of our history of chatbot articles. Cleverbot has spent a very long time learning from millions of conversations with IRL humans on the interwebs.

While a silly-but-fun exercise, chatbot vs. chatbot communication is coming. If a chatbot is already great at looking up public transport times or the weather, what's the point in another chatbot integrating more APIs when it can just ask the better-equipped chatbot, as a human would?

Sure, it seems silly for a chatbot to have to fall-back to human-speed to speak to other machines (particularly when the world has just been busy creating APIs for everything...). However, what about when it is done for the human?

Consider a PA chatbot like Sharon. Sharon is already pretty smart, and one day she may be able to connect to all the APIs in the world. For now, though, she cannot do everything (and neither can any other chatbot).

Here's an example, you tell Sharon you want to see a film this evening, Sharon will instantly be able to tell you film times for your nearest cinema. You like the look of one and tell her you to wish to book and see it. Instead of her having an API to every individual cinema in the world, she just pops over to the chatbot for that particular cinema chain, has a quick chat, and invites that bot to come into the conversation with you. You then talk to the cinema chatbot for a minute, deal with the booking and then that chatbot toodles off out of you and Sharon's world.

Your PA chatbot talked to another chatbot, not to do everything behind the scenes, but to connect you both. What we will probably see is chatbots staying specialist, niche and on-brand with the company they service. However, chatbots will talk to each other to deliver their service or connect humans to a more expert chatbot.

Chatbot developers might even need to develop a second component of their chatbot.

Much like when a web application is built, often an API and documentation have to be whipped up so that machines, as well as humans, can use it.

Will chatbots have two faces? One for us regular old humans and another for other chatbots? Will that 'just' be an API much like a web application API or will it need to be more human-facing?

I cannot imagine UBER's chatbot developers opening up an API to their chatbot and allowing every other chatbot to deliver its functionality. They would lose control of the brand and an element of data. Instead, UBER would build the second part of their chatbot, a chatbot facing view that joined in other chatbot-human conversations and just delivers its core functionality.

In fear of starting to sound like I spend my life reading tea leaves, I am going to stop there.

What do you think? Do you see a need in chatbots talking to each other? If so, what will it look like and how will it work? Drop me a tweet and tell me what you think @deanwithey. I would be super interested to hear your thoughts.