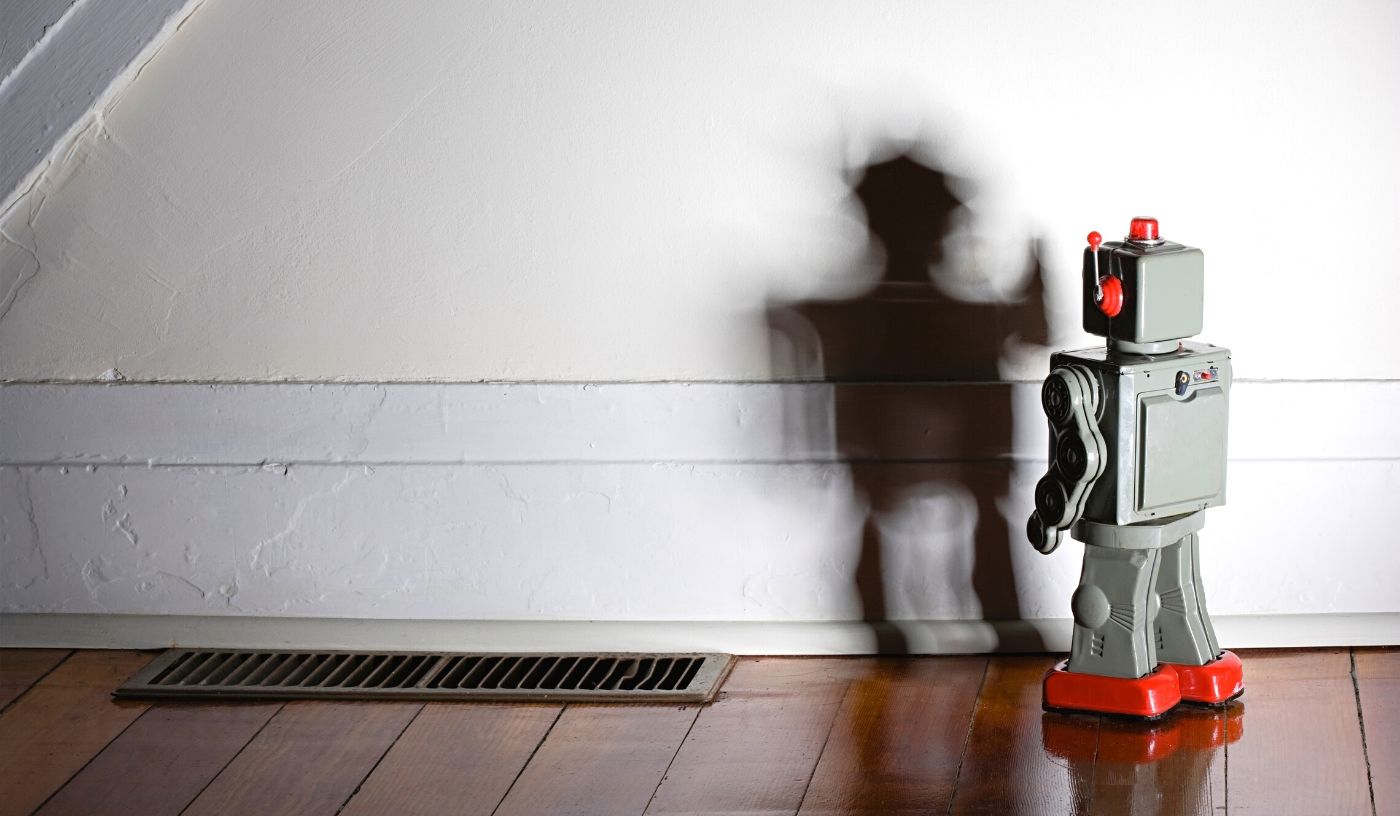 Chatbots are conversational by design.

Holding a conversation, messaging back and forth, using natural language -- that is literally what they are built to do.

With the rise of both conversational software (aka 'chatbots') and live chat operated by human, you might find yourself asking the existential question:

Am I talking to a chatbot or a human?

Because computers are still incapable of processing some information the way humans do, there are a few ways to so-call 'break' a chatbot.

In this article, we'll give you some industry secrets that will allow you to identify whether you’re talking to a chatbot or, indeed, a real person. But shh, don't tell anyone.

More importantly, we will extract some important lessons on conversational UX, user handling, and conversation flows. It's not all fun and games!

Important: in this article, we will not cover any technical ways of breaking chatbots (aka hacking). These are more often than not illegal.

Chatbots shouldn't pretend to be human

Let's get this out of the way first: a chatbot should not pretend to be human.

A chatbot which tries to tell you it’s a human is lying, and who wants to communicate with a liar? No one likes to feel deceived. Oh, and, trust me, users find out.

Instead, think of a chatbot as a tool which allows people to access information through a familiar (and hopefully effective) method.

Six questions that break a chatbot

The compulsive attraction to breaking things we build is, shall we say, very human.

We've been trying to find ways to break artificially intelligent software since its inception. You've most likely heard of the Turing Test, a series of tasks designed to reveal the non-human nature of whatever you are talking to. 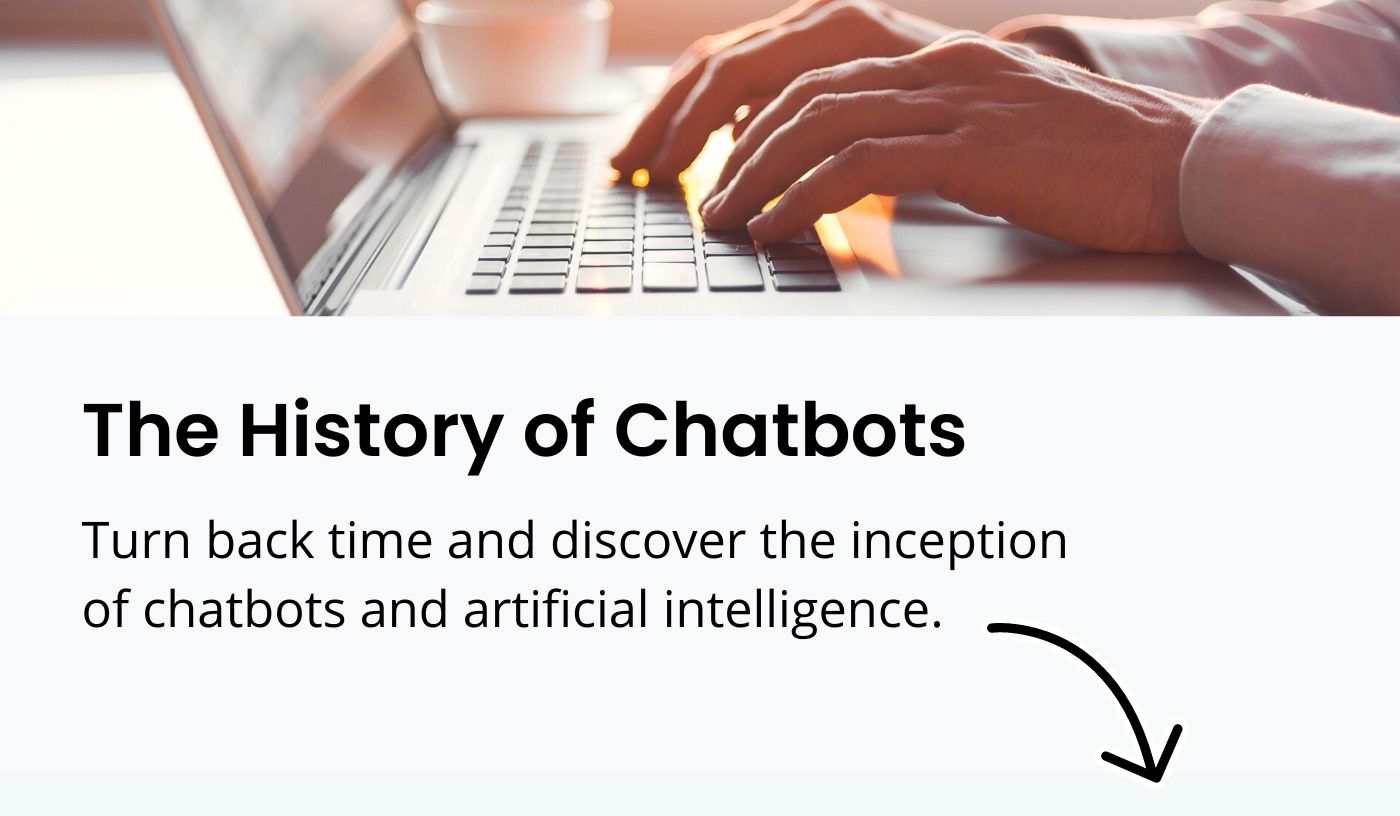 Learn more about the Turing Test and the history of chatbots

Instead of just supplying a list of questions to ask, we’ve decided to break down the different approaches you can use to unmask a chatbot.

A human will say no. A good chatbot should be honest with you and say something like “yes, I'm a chatbot!”

There’s nothing wrong with speaking to a chatbot and it isn’t something to hide. If a chatbot tries to tell you otherwise then you should probably be wary of giving out any personal details.

Lesson: be upfront with your users and let them know they are talking to a chatbot. Honesty wins.

Humans will answer this question in a variety of ways.

From a simple 'fine' to a detailed recap of their day, you simply can’t predict what kind of response a probing question like this will receive.

Chatbots can be programmed to give stock answers but this kind of small talk doesn’t mean anything to them like it does to humans.

The most accurate answer would be “I’m a machine, I don’t have feelings”. Thankfully, lack of emotions doesn’t stop a chatbot from helping you, in fact, it might even make it better!

Lesson: it's easy to programme your chatbot to answer this question. Make it fun!

Chatbots can only be programmed to give so many variations of the same answer. If their stored response isn’t good enough for you then they probably won’t be able to change it up.

Meanwhile, humans have a vast understanding of language, even if they don’t know it. Someone like you or I would be able to acknowledge that the wording used wasn’t right and attempt to repeat it using different words.

Lesson: if a user repeatedly asks for your chatbot to rephrase, it's probably time to review your copy. Are you providing the right information?

Ask for a personal story

Much like asking someone how they feel, giving someone an open-ended chance to talk about a personal experience can go in almost any direction.

Chatbots, however, tend not to have much personal experience on account of being stuck inside a computer. As such, they probably won’t quite know how to answer a question like this.

Lesson: your chatbot should deflect these questions. You cannot programme your chatbot to answer every single potential personal question it might receive. It should, instead, deflect and put the conversation back on track.

5. “Why did the chicken cross the road?”

Perhaps you’ll need a more complex example than this, but jokes are very much an alien concept to chatbots.

No artificial intelligence in the world is able to comprehend humour in the way that we do, making it the perfect way to trip a chatbot up. Unless the chatbot has been programmed to provide an answer to that exact question, it won’t be able to. 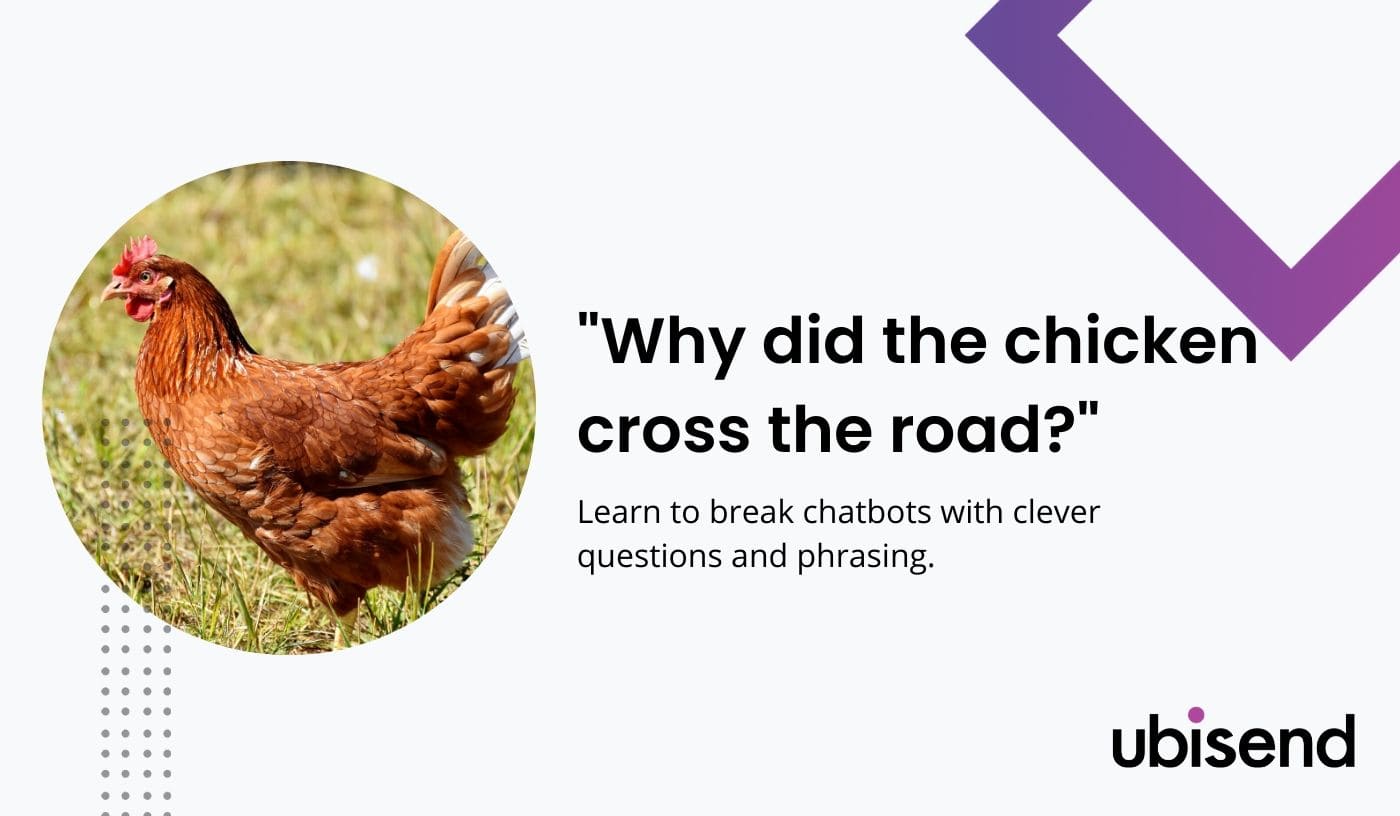 Meanwhile, a human might not even realise that you’re testing them (if they really are a human) and should be able to give an answer with the right context, even if they’re wondering why you told a joke in the first place.

Lesson: humour sometimes has its place within a chatbot's conversational paths. More often than not, though, make sure your chatbot deflects and puts the conversation back on track.

Falling somewhere between questions three and five in approach, asking a nonsense question will force the truth out of your potential human/chatbot.

Humans will most likely ask for clarification because they understand the words but not the context. A chatbot would answer the question with a similarly contextless response, standing out in the process.

Lesson: did you guess it? Deflect and refocus the conversation on things your chatbot can actually help with.

They broke my chatbot! What should I do?

It’s important to remember that your chatbot should be designed to help its users, not deceive them into thinking they're talking to a real human.

A chatbot 'breaking' might actually be a good thing. If handled gracefully, it shows you are being honest with your users.

The six approaches above and their examples should do two things.

First, it should arm you with a fun set of questions to trick the 'people' you speak to online. Sometimes, this may even save you a lot of time and concern (looking at you, Tinder bots).

Second, it should give you a good set of rules to follow for your own chatbot. Make sure you use these lessons to prepare a simple, coherent, and honest conversational path out of these trick questions.