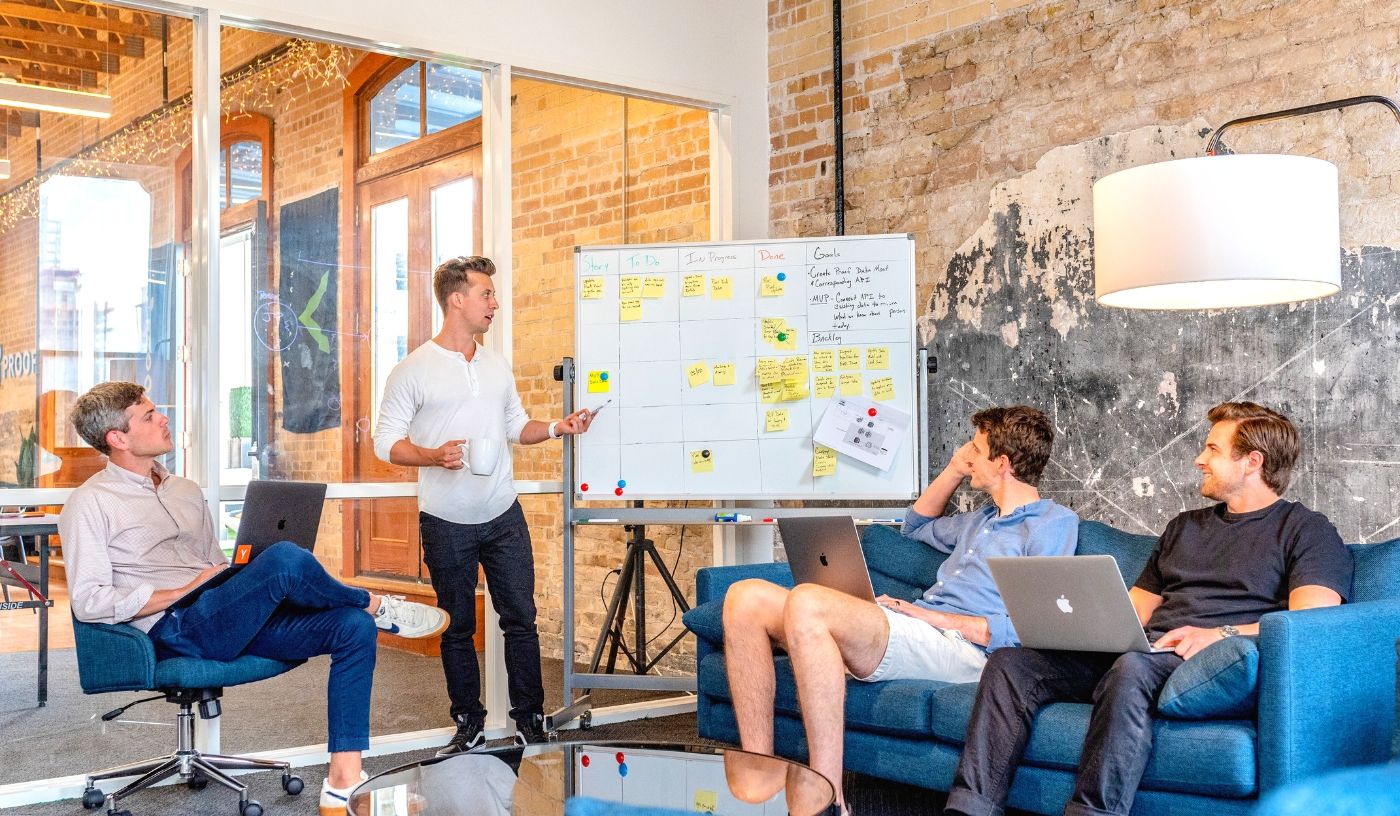 Chatbots can be segmented into a few different types.

I recently wrote about the types of chatbots you can find in the wild, make sure you give it a read before carrying on here.

In this article, I want to focus on a very specific type of chatbots - flow chatbots.

We will dig a little deeper into what a flow chatbot actually is, and we will look at a very simple flowchart that explains how it works.

As always, please don't be alarmed. I am not going to go all geeky in this article. No knowledge required, just about 3 minutes of your time to understand a very simple concept.

What is a flow chatbot?

A flow chatbot is the simplest, most basic type of chatbot. It works from a tree structure using pre-set keywords and buttons.

Most of the DIY chatbot building platforms offer flow chatbots since they are the simplest to build and they make the most sense to beginners and the mass-market.

1. The user triggers the chatbot with a pre-set keyword (i.e. 'Start')

2. The chatbot responds with the autoresponder, asking the user to choose the next step.

3. The user picks the next step, usually by clicking a button or sending another keyword.

4. The chatbot responds to that specific keyword with the pre-set answer

A flow chatbot essentially never ends. You could continuously go around the conversation by resending the start keyword and pressing the buttons.

Finally, a flow chatbot does not use any artificial intelligence. It doesn't learn or understand human text/voice input unless the owner modifies the code.

Let's try to put all of this into a nice flowchart. Hopefully, this should help you visualise the messaging sequence and the logic behind this very simple type of chatbot. 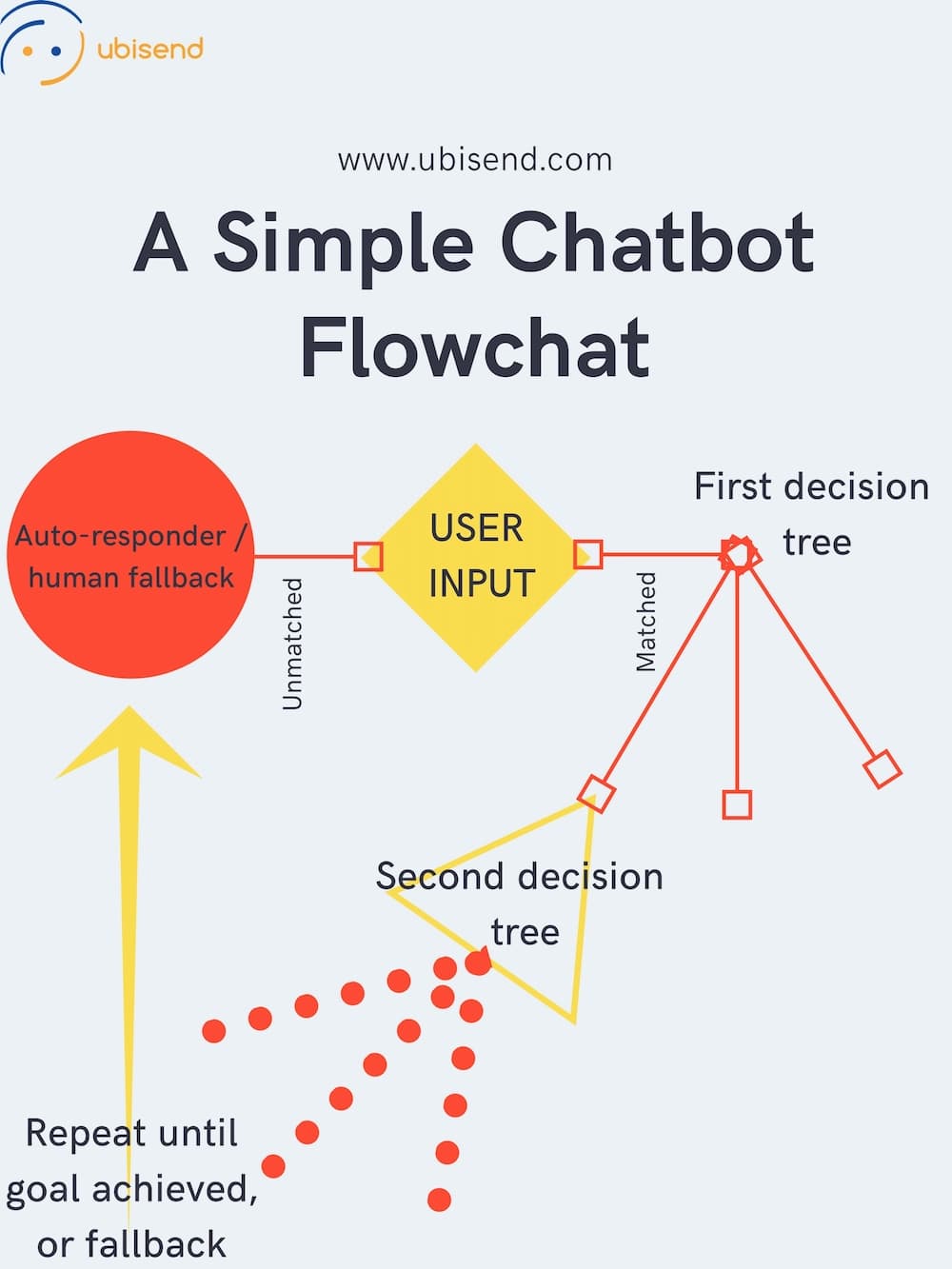 Disregarding my inability to draw pretty flowcharts, this is what happens.

In the centre of the image, we have a user input. This is when the user sends a keyword that triggers the chatbot.

As an example, we used a flow chatbot to demo an idea to one of our clients that had the keyword 'SEO' as a trigger. Sending 'SEO' would trigger the first message from the chatbot which turns into a full on SEO course delivered via Facebook Messenger.

So, the user sends a message.

If the message is unrecognisable by the chatbot, we follow the left-side branch and hit the auto-responder / human fallback.

Typically, all the chatbots we build have autoresponders, fallbacks, and eventually a human fallback. An autoresponder is a message that simply welcomes the new users and shows a series of keywords or commands they can use.

A fallback is usually triggered after a user has sent several unrecognisable inputs in a row, again educating the users on the commands they can use.

Finally, a human fallback is exactly what it sounds like. After multiple unrecognisable inputs from a user, the chatbot sends a notification to a human to nudge them to take over.

If the message is a recognisable keyword, the flow follows the right-side branch. This is where you can see the decision-driven interaction between the bot and its user. The bot presents options, the user picks one, then bot then presents the next set of options, and so on.

Ultimately, either the user has reached its destination and found what he was looking for, or the bot's fallbacks have been triggered.

There we have it, a flowchart representation of the simplest form of chatbot!